In this lesson you will learn to:

Sources: At least 5 sources, 2 of which must be scholarly peer-reviewed sources.

A controversial topic is an issue that is clearly represented by at least two opposing points of view: Abortion can be split between pro-life and pro-choice advocates; Health Care can be split into Open Market or Single Market advocates, or government-funded healthcare and private entity healthcare advocates, etc.; the Right to Bear Arms (2nd Amendment) can be split into numerous points-of-view depending on context, such as constitutional freedoms and those in favor of updated 2nd amendment rhetoric, or stricter sales legislation and constitutional rights of individuals who suffer from emotional or cognitive disability or trauma. These are just a few examples and even these three examples have multiple interpretations as you can see.

Before you even look at a database, or Google, or anything-- sit down and plan out what kind of research you’ll need to do.

Look at the following example:

“Under the topic of Net Neutrality, both sides of the argument are concerned with the idea of censorship. Advocates of NN feel that not having this system in place will create a disparity between socio-economic classes by funneling how much information each class has access to based on what they pay for, or by what the provider agrees with. However, those who advocate for the permanent cancelation of NN, feel that this concern over censorship is an overreaction and removing the government regulations on media outlets will actually stop the market from being dominated by a small number of very large corporations—in other words, more competition is a good thing. I would like to offer an analysis of these opposing points of view, and their main points, in order to find a compromise where healthy competition is encouraged but consumers are not in danger of being fed censored information or propaganda.”

Based on the information found in both points-of-view, what kind of topics will you need to research in order to inform your analysis? (based on the introduction as a whole we can assume the speaker already understands the concept and topic of net neutrality) 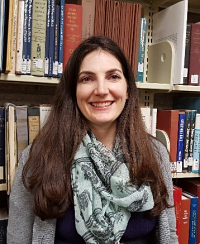