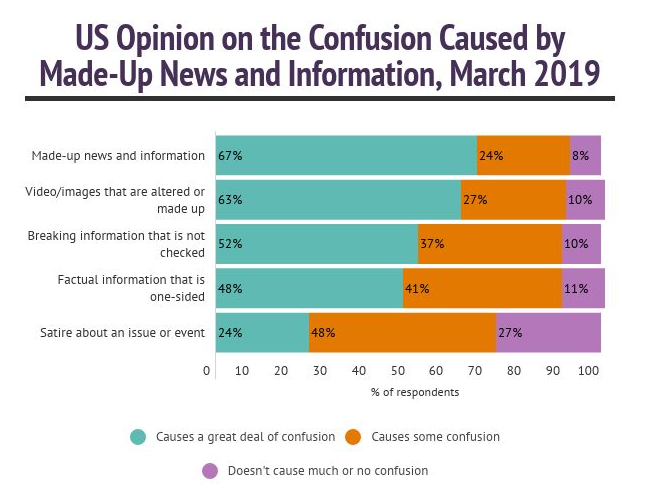 Fake News has received a significant amount of media coverage

"Individuals who encounter false information on social media may actively spread it further, by sharing or otherwise engaging with it. Much of the spread of disinformation can thus be attributed to human action." According to the study, "The people reporting the greatest likelihood of sharing disinformation were those who thought it likely to be true, or who had pre-existing attitudes consistent with it. " This fascinating study should be read by both social media and non-social media users as it explains the thinking of social media users and the impact of inaccurate social media posts on society.

Deepfakes: Is This Video Even Real?

This work is licensed under a Creative Commons Attribution 4.0 International License.